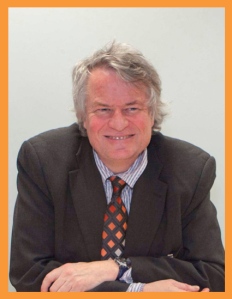 Les Allamby has been the Chief Commissioner of the NIHRC since September 2014. Prior to that he was the Director of the Law Centre. He is a solicitor and has taken cases to both the European Court of Human Rights and Court of European Justice.  He has written extensively on access to justice and social policy issues. He was the Northern Ireland member of the Social Security Advisory Committee and a Legal Services Commissioner, and is currently a trustee for the Community Foundation.  He has undertaken election monitoring in Bosnia, Georgia and Pakistan.

To adapt the mantra currently in vogue Brexit means Brexit whatever Brexit means.  I want to try and set out some of the potential human rights ramifications but, I would like to start with a relatively small story to illustrate why this is an important issue in everyday life in Northern Ireland.

It is a social security legal appeal that started on my watch in the Law Centre and eventually came to fruition with a decision at a tribunal of social security commissioners in July 2016.

The individual was a lone parent with four children, living in Fermanagh and two of her children were in a child care service across the border in Co Cavan.  The reason for using childcare was because the child care centre had particular expertise in dealing with a disability that one of the children had.  The lone parent was claiming working tax credits as she was working and on low pay and her working tax credits included help with child care costs.  Under social security rules a person can only claim childcare costs from a service based in the UK or one formally accredited through the authorities in the UK. As a result, her childcare costs were disallowed and an overpayment of over £20,000 was initially sought (though this was written off).  Now it transpired that the only childcare services accredited for tax credit purposes outside the UK were those on army and air force bases abroad for example, in Germany and Cyprus.

The legal argument which was ultimately successful was that the failure to allow for child care costs for a facility in Co. Cavan was that it was contrary to the freedom to provide services across the EU and an EU directive as to how such services can be provided and authorised.  In other words, confining financial assistance to Northern Irish child care facilities was contrary to EU law.  As a result, there was no overpayment.

Now what I take from that is two things.  First, while the debate about Brexit is whether we have a hard border, or soft border and whether free trade or free movement of people coming from elsewhere in the EU will be affected and will the common travel area, continue as now, there are actually some important bread and butter issues that need to be considered.

Second, the only thing that rescued the lone parent in this case was European law and if the UK government had overlooked cross-border childcare issues and European law when required to follow EU law what chances are there of such issues being properly considered when the UK moves out of the European Union.  With the best will in the world cross-border childcare issues are unlikely to be top of the FCO/Treasury list of issues in London.

In practice, I think there are three dimensions to the human rights issues of leaving the EU.

First, there is the loss of EU rights, second there is the loss of future progressive change and development and third is the wider question of how people might react if leaving the EU does not prove to be the panacea for all our ills that appeared at times to have been promised by those campaigning to leave the EU.

There are a number of issues that will be impacted by leaving the EU and no longer being subject to EU law.  First, the EU Charter of Fundamental Rights was given legal status in the Treaty of Lisbon – it incorporates many of the civil and political rights found in the European Convention of Human Rights (incorporated in the Human Rights Act) but, also economic and social rights including the right to fair and just working conditions, the right to preventative health care, the right of access to documents, the right to good administration etc.  The rights are defined as principles and incorporated into national law and (there is a debate about this) they are enforceable through the ECJ.  The currently underplayed role of the Charter is nonetheless important because unlike the European court of Human Rights the ECJ has greater powers including to disapply the law, issue financial penalties and more powerful enforcement mechanism so the UK government cannot simply ignore judgements it doesn’t like for example, a finding that the blanket ban on any prisoners being able to vote in elections.  The Treaty also ensures the Convention remains in place for EU member states regardless of the view of the government about the Convention.

This is important because we still do not know what the UK government is going to do with its commitment to repeal the Human Rights Act and replace it with a British Bill of Rights.  The Commission has done considerable work on this both front of house and behind the scenes – including giving evidence with the Irish Equality and Human Rights Commission before the Oireachtas Good Friday Agreement Committee on the issue.  The clear intention of the Agreement was take a Convention plus approach to the Agreement through developing a Bill of Rights (the unfinished piece of the Agreement) Instead we are facing the prospect of a dilution of the European Convention of Human Rights through the repeal of the Human Rights Act.

Secondly, there is the issue of what will happen to EU nationals living in the UK and in turn, to UK nationals living in other EU countries.  This may raise issues of the right to privacy and family life it there as any attempt to remove long-lasting EU citizens from the UK.  It is also an economic issue – one in eight people working in accommodation and food services are from the EU, one in ten working in manufacturing are EU migrants, nearly the same proportion applies to construction, transport and storage the administrative support sector while one in twenty people in the health care sector are from the EU.

There is enough research to fill a library that shows that migrant workers who are predominantly younger than the wider population contribute more in taxes, national insurance and other payments than they consume in public services so the economic dimension should not be lost.

There is also a broader rights dimension in general the EU has been in the forefront of developing rights on equality issues, maternity rights and pay, social security issues for people moving within the EU, employment protection such as limits on working hours, and rights for agency workers, product safety, consumer rights, data protection and much else besides….One of the issues in the negotiations to leave the EU will be how much of this law will the UK government want to retain and how much will they might be required to retain part of the negotiation.

The European Communities Act 1972 gives effect to EU law and some have argued that simply repealing the Act will get rid of stifling EU requirements and restore UK sovereignty at the stroke of a pen.  The reality is that much of what the EU law has done has been good so there is no quick fix.  To illustrate this, the EU countries agreed 130 measures relating to police and judicial co-operation between 1995 and 2009 and these measures were to become part of EU law under the Treaty of Lisbon.  The UK government notified the EU council of its intention to opt out of these measures only to have to opt in to 35 of the same measures because it was in the UK’s interests to be part of, for example, the European Arrest Warrant in order to bring suspects back from elsewhere to face criminal charges and to extradite EU citizens back to their countries of origin.

The second long term ramification for rights of leaving the EU is that as European law progressively develops and changes the UK will no longer be required to keep pace with those charges unless this again becomes part of the negotiations.  In effect, as rights protections develop the UK government can choose to be left behind – so it is likely that a new data protection directive is due in 2018 – the UK is unlikely to have exited the EU by then and will have to sign up to it – but, whenever the next directive comes along, in what is a fluid and fast developing field, the UK government can do its own thing.  Now some would say that is a good thing but in terms of rights protection I would argue otherwise.

Finally, the debate and arguments deployed by both sides during the referendum often left the facts behind.  One of the key arrangements deployed by the leave side was that the UK would get its sovereignty back (though what that actually meant in detail was largely unclear).  One area was the idea of getting control of our borders and an end to freedom of movement.

One thing is pretty clear before the negotiations start namely, you can’t have a free trade agreement and an end to freedom of movement so the UK government has a dilemma if it seeks what most businesses and financial institutions want.

The vote to leave the EU was in part, at least a reflection of disenchantment with Westminster politics and a sense of disenfranchisement both in poorer arears as well as more wealthy areas.  In practice, leaving the EU will of itself, not end inequality, restore a sense of genuine political involvement/participation and is unlikely to herald great economic prosperity.  When that penny drops, the focus of discontent is likely to fall elsewhere and my fear is that it will shift again to race, migration and asylum and refugee issues in an ill-informed way and that is a real worry for our long term cohesiveness as a society.  We saw the spike in race hate crime in parts of England and Wales after the EU vote (and it is to our credit that there was not an equivalent spike in Northern Ireland).  These issues are the very ones that make human rights so important so we need to do everything we can to ensure human rights and other protections are not diluted as a result of leaving the European Union.