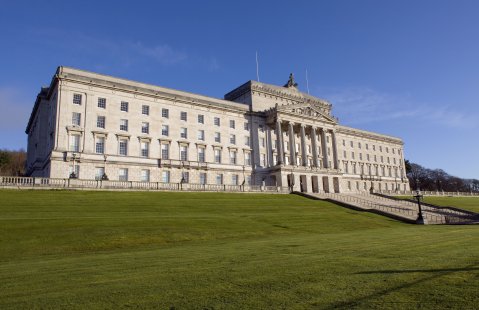 Mr Patsy McGlone (Mid Ulster):  To ask the Minister for Communities to outline (i) the roles his Department are currently recruiting for and at what grades; and (ii) whether any of these positions have previously been held by staff that left their roles under the Voluntary Exit Scheme.

Minister for Communities:  (i) As of 28 November 2016 the Department is in the process of recruiting:

(ii) The Northern Ireland Civil Service Voluntary Exit Scheme operated in the 2015/16 financial year only for the 12 Northern Ireland Civil Service departments in place at that time. The Department for Communities came into existence on 9 May 2016 and comprises elements of 5 different former Departments. Departmental restructuring has given rise to changes in Departmental functions as well as new Programme for Government commitments and the implementation of Welfare Reforms. It is not therefore possible to identify whether roles being filled by recruitment were previously held by staff who left under the Voluntary Exit Scheme.